From Aidan: This morning, we woke up early to go on a game drive. We saw lions defending their kill against a pack of hyenas and two jackals. The hyenas got the head of the zebra. We did not stay long enough to see what the Jackals got.

Lioness guards her fresh kill, zebra – minus the head!

Lioness decides to drag the zebra back to the pride. 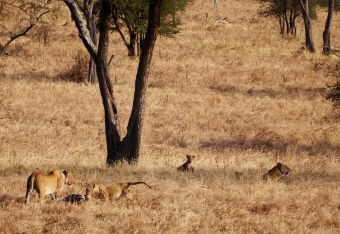 One of the cubs comes out to inspect the kill. 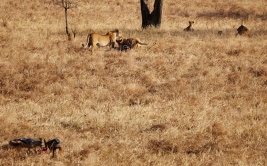 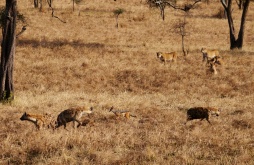 Jackals move in for the scraps.

Now come the hyenas. At one point, there were six hyenas surrounding the pride.

After a warning for the lionesses, the hyenas back off and wait.

An eagle joins the party.

The lions are in no hurry to give up the zebra carcass. It’s their show.

From Nathan: On our way to Ngorongoro, I got very excited when we saw a cheetah sleeping on a mound of rocks. Though you had to use binoculars to see it, it was still a very memorable sighting. The ironic thing was that I had just finished listening to the song, I Still Haven’t Found What I am Looking For by U2. Then we saw the animal that we hadn’t seen, a cheetah.

(Note:  This photo was taken by Carl, the Irish chap – yep, they say that – on our safari from a great distance.  My camera battery was inconveniently dead.) 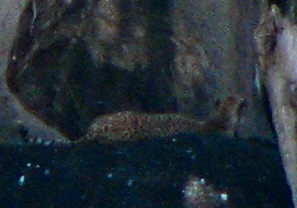 New species that we saw today: 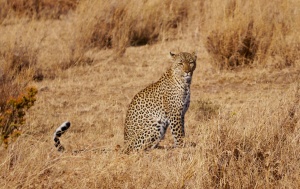 This is my best photo of the safari!

We’ve now left the Seregenti. Tonight, we’re staying at the Rhino Lodge at the Ngorogoro Crater. Beds and hot water. 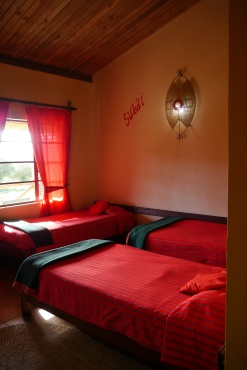 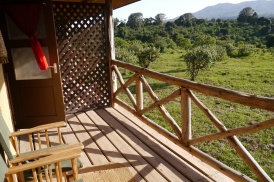 Deck outside room at Rhino Lodge 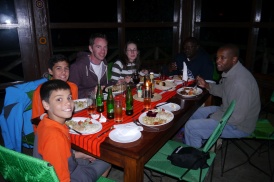 We’ve spent four nights camping in Africa. Admittedly, there’s something magical about sitting outside your tent and seeing two dozen baboons cross in front of you or seeing a herd of gazelles stare back at you from your shower window.

That being said, if I’m being completely honest, camping has been mostly miserable. First, it’s incredibly hot in the tents during rest time in the afternoon; at night, it’s incredibly cold. It makes it difficult to get a good night’s rest. Consequently, we’ve all been a bit short-tempered during the day. The three of us are crammed in a 2-person tent, constantly rummaging through our overstuffed backpacks. We’re sick with runny noses and sore throats. We’ve either had no water or cold water. It’s been hard to get clean, and I’m really trying to keep us clean and healthy. Worse of all, I hate being held hostage from sunset to sunrise. If I were to do it all again, I would probably pony up the money and stay in a lodge.

Neerav, the boys and I have decided that you can put our tents on Craigslist. 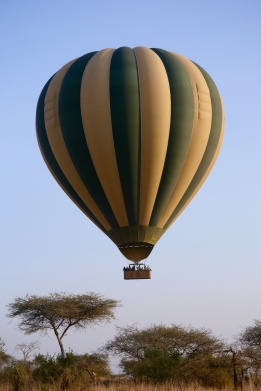 You can balloon over the Serengeti ($500/person/30 minutes), but why would you? You c an see the animals far better on the ground. 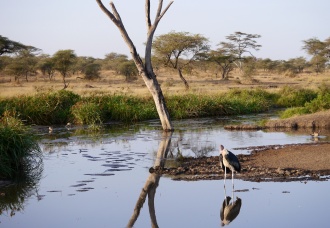 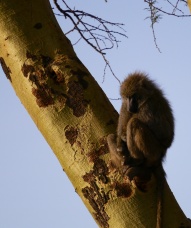 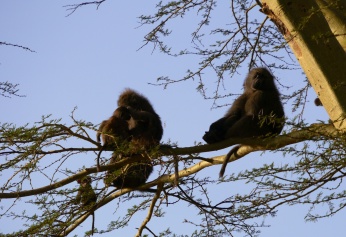 Look for the tiny baby baboon!

So many baboons in one tree

The mother leopard from yesterday… lucky to see her again. 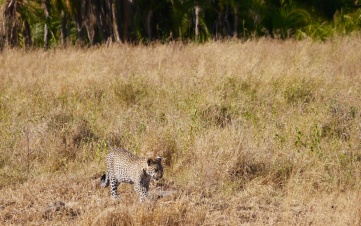 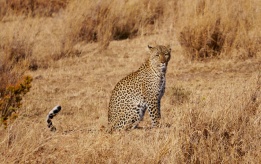 This is my best photo of the safari! 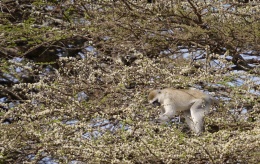 She looks quite proud of herself. 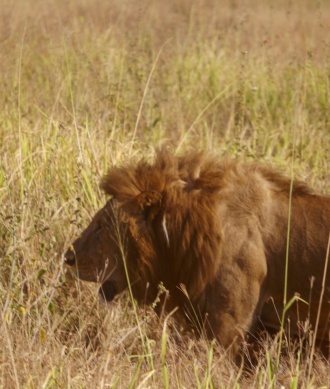 Male lion looking for a shady place to nap 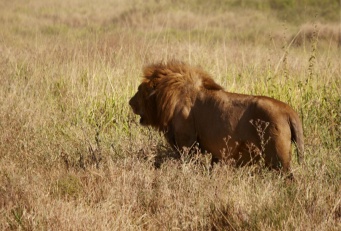 Male lion on the savannah

Young hippos out of the water 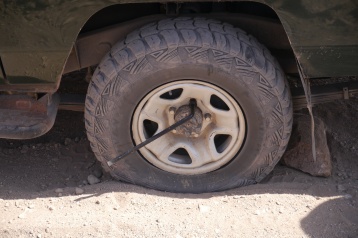 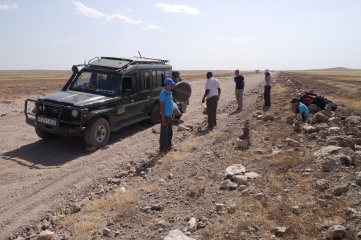 Malles and Gideon fix second flat tire outside of the Serengeti. 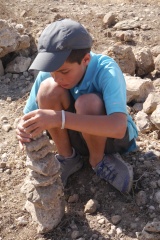 Aidan keeps himself busy in the hot sun, waiting for the flat tire fix. 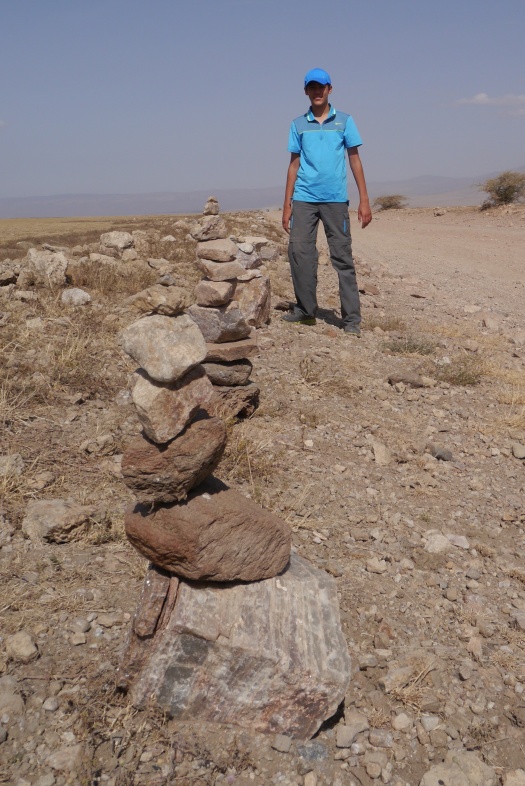 Nathan leaves his mark in the Serengeti.

To learn more, pull down drop bars at the top of the page.