From Nathan: Today we went game driving in the morning. My favorite thing? We saw a mother leopard bringing her kill (gazelle) up into a sausage tree to her cubs. According to our driver, Malles, this was a very rare thing to spot. We also saw over 15 lions; some were eating their prey.

This is one of my favorite safari photos.

New species that we saw today:

You really need smell-a-vision for the Hippo Hole!

While big game gets all the attention in the Serengeti, some of the most beautiful creatures are the birds. They’re amazingly colorful!

Remember to see captions, click on a photo and then view photos in gallery setting. 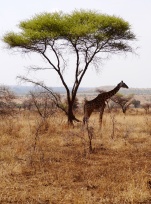 Hippo Hole in the Serengeti

Crocodile in the Hippo Hole, eyeing a bird on the shore 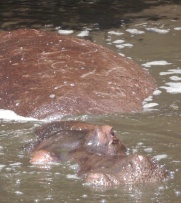 Man, these hippos are big. 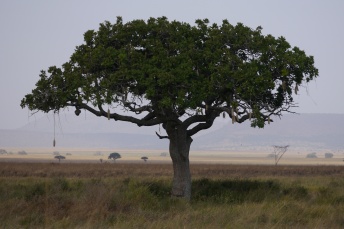 This tree is called a sausage tree. 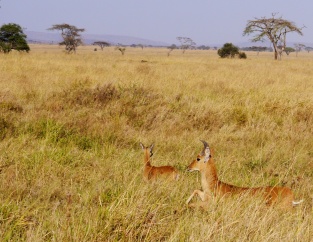 We see a sausage tree; our guide, Malles, see three leopards – a mother and two cubs!

Mother leopard in the tree

Again, look for the blooded gazelle.

Mother leopard crosses from one cub to the other. 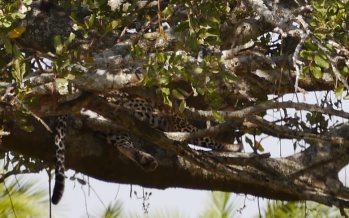 Look closely for the second cub.

This is one of my favorite safari photos.

The leopard’s coat is really beautiful. 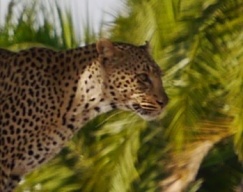 Mother leopard jumps to the ground.

Cub looking for mother on the ground

Five lions at a distance

Lioness along the river bank 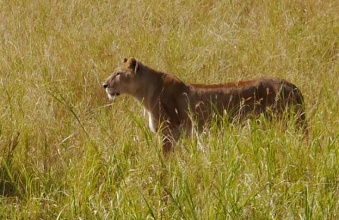 Lioness eyeing prey. The prey happened to be a safari driver washing his rig by the river. He survived.

Zebras on the savannah

Herd of giraffes on the move

Aidan in the Land Cruiser with the top open

Nathan and Aidan on safari

Our guide says men have survived attacks by male lions but not females.

In the brush here, two lions are gnawing on a wildebeest.

Three lionesses in the grass 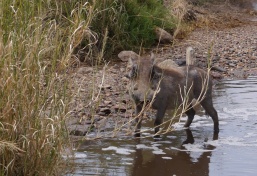 Vulture in a treetop

Elephants on the savannah 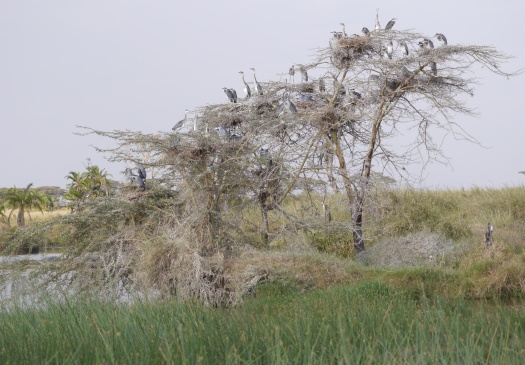 Blue cranes in the tree

To learn more, pull down drop bars at the top of the page.